We got a really nice email from a fan a week ago.  He also pointed us to some music he’s produced (which is common).  It turns out we have had a couple of his tracks in the OEM library for almost 10 years! (which is not common).

Carl Martin has been putting out free music on netlabels basically since netlabels began – as far as I can tell.  We first ran across Transient from an Observatory Online records release back in 2002.  This song has been in the OEM Radio library ever since (and it still sounds awesome):

In any case, Mr. Martin has been releasing interesting and strange music steadily since then, but we didn’t know.  So we’re going to catch up with some of his more recent material right now, and go back through his massive free catalogue over the next few weeks for more gems. 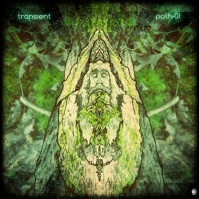 We’ll start with his most recent release.  This album was written entirely in the forest and (and I can’t believe I’m saying this) using solely a Palm LifeDrive powered by a solar power device.  The results are magnificent as evidenced by Moonbeats, Conduit, and A Perfect Spring Day (which is slightly reminicient of a Bluetech-esque bouncer).

First, apologies to Mr. Martin for capitalizing the names of stuff.  If you hate that, I’m truly sorry — I can’t keep everything in lowercase, it kills me.  Now, about this album.  Released on Phonocake Records this year, this is a rare full LP format release from Martin (again, for free).  Trigger.Melodies displays a wide array of smoothed out but beat-heavy downtempo jams.  Favorites include the opening song, Swervle, and another clicky bouncer called Chocolate (somehow the only two tracks on without youtube vids).

Frequency is Your Identity